Leading and Learning with @GoSwivl

About 3 weeks ago, I attended one of the best conferences I've ever been to, Miami Device.  While presenting at the conference I had seen a Swivl robot set up in one of the rooms and was in awe by how tiny it was and what it could do.  Little did I know, just a few hours later, I would win one as part of a random drawing! 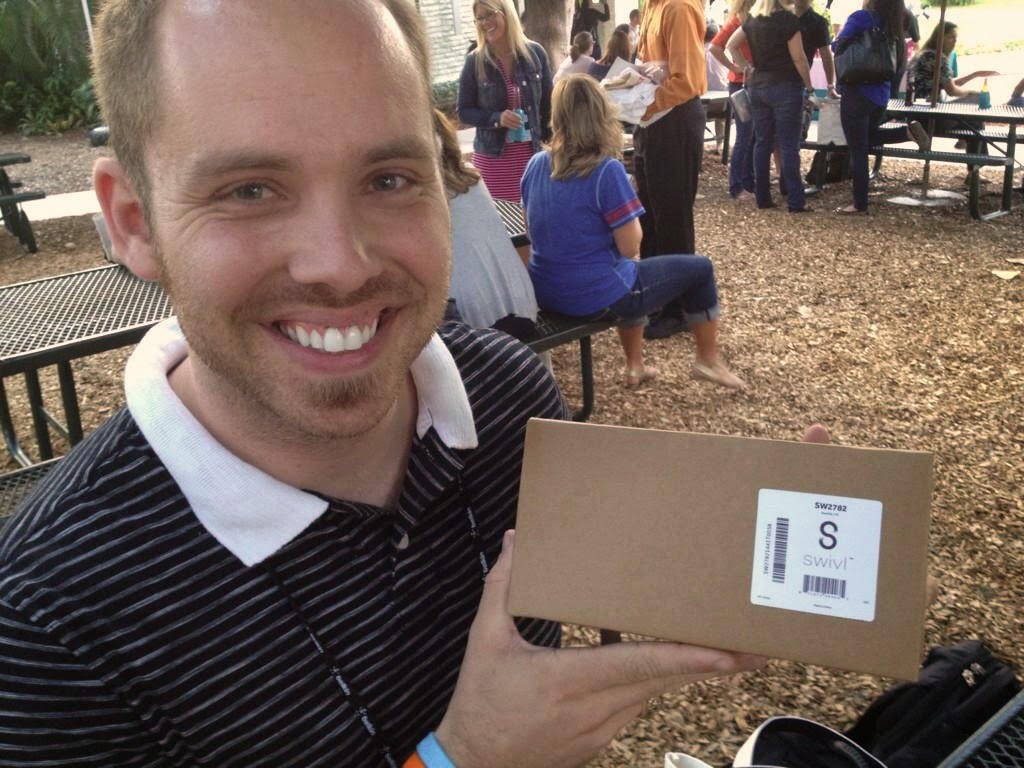 What is a Swivl?  Well it's a tiny portable machine that allows you to set an iPad, iPhone or something of the like in it, and it will record for you.  The cool part?  The person you want to be recorded wears a mic around their neck that also acts as a motion sensor device.  So wherever the mic-wearer walks, the Swivl moves and follows them!!  How cool is that? 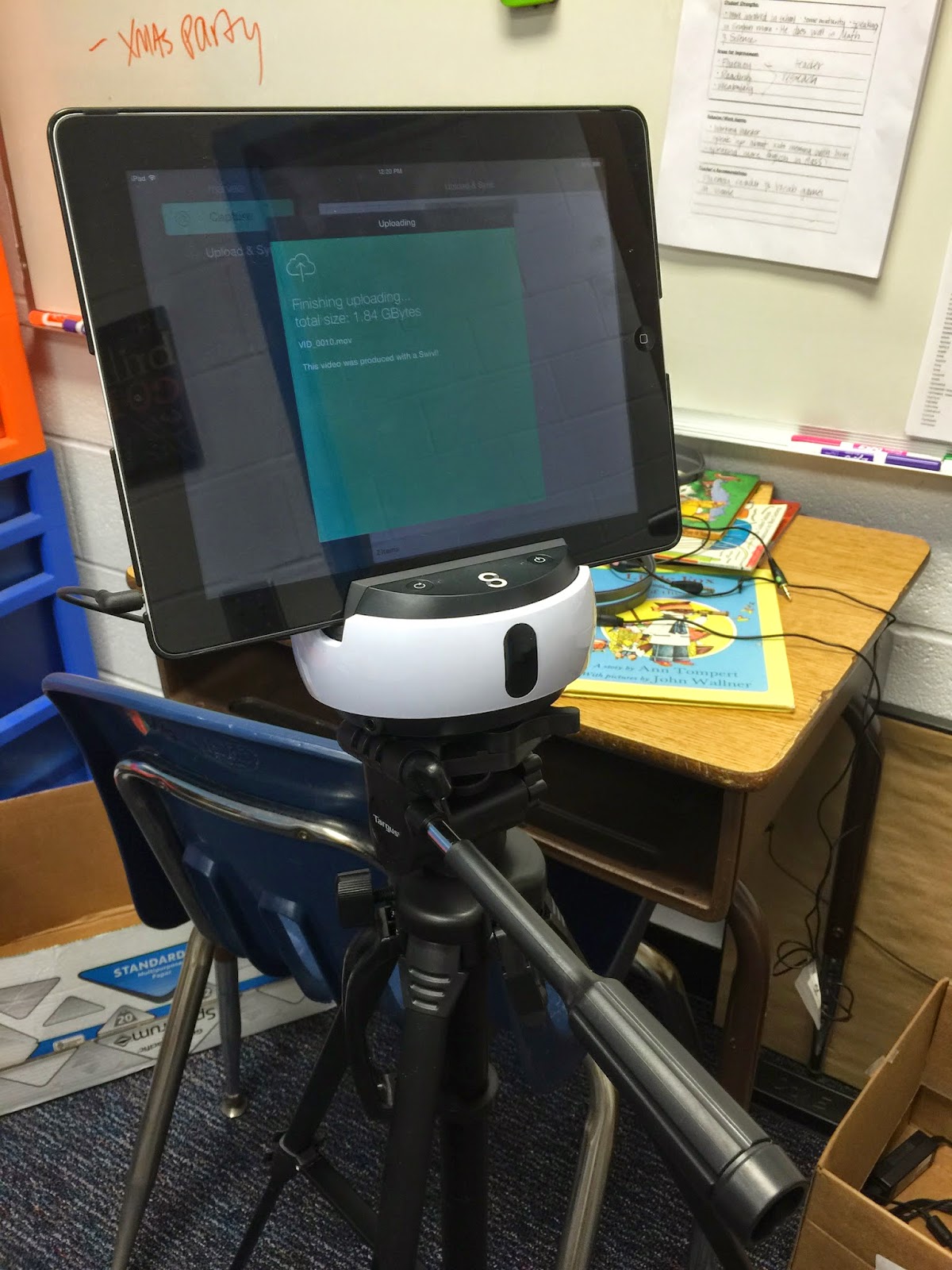 As a teacher, and also administrator my head immediately begin thinking up ways we could use it at my school.  Because there's no way I'm going to win some tech and NOT use it!  So my instructional coach, Aaron Marvel, and I started brainstorming ideas. 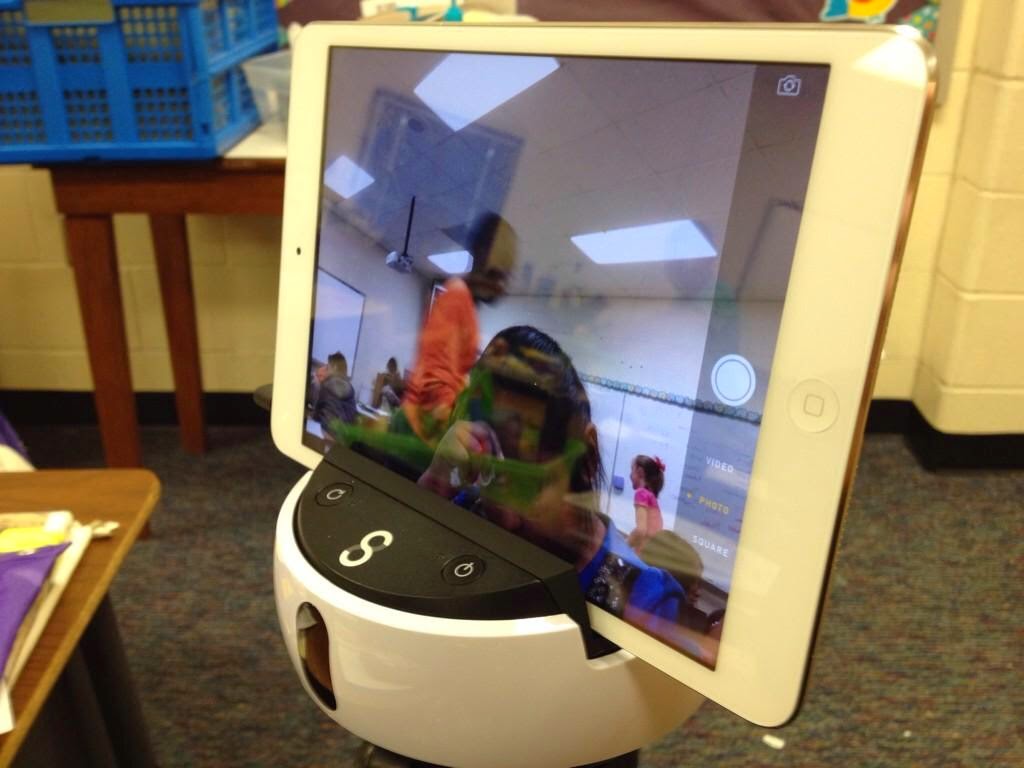 As soon as we got back to our campus we began using it.  Teachers signed up for a time-slot that they wanted Aaron to come in and set the Swivl up.  Aaron would set it up and leave it for 30-45 minutes. 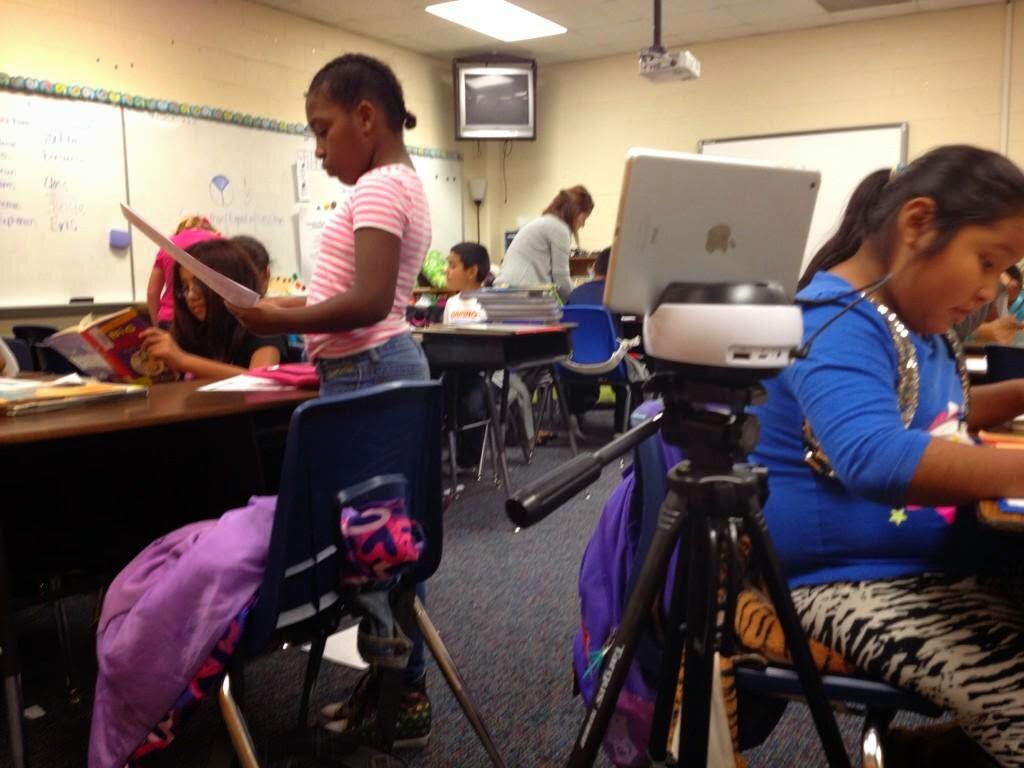 Then Aaron uploads the recording of the instruction to YouTube and in 3-5 days he meets with the recorded teacher to talk about things they liked that they saw, and things they want to work on! 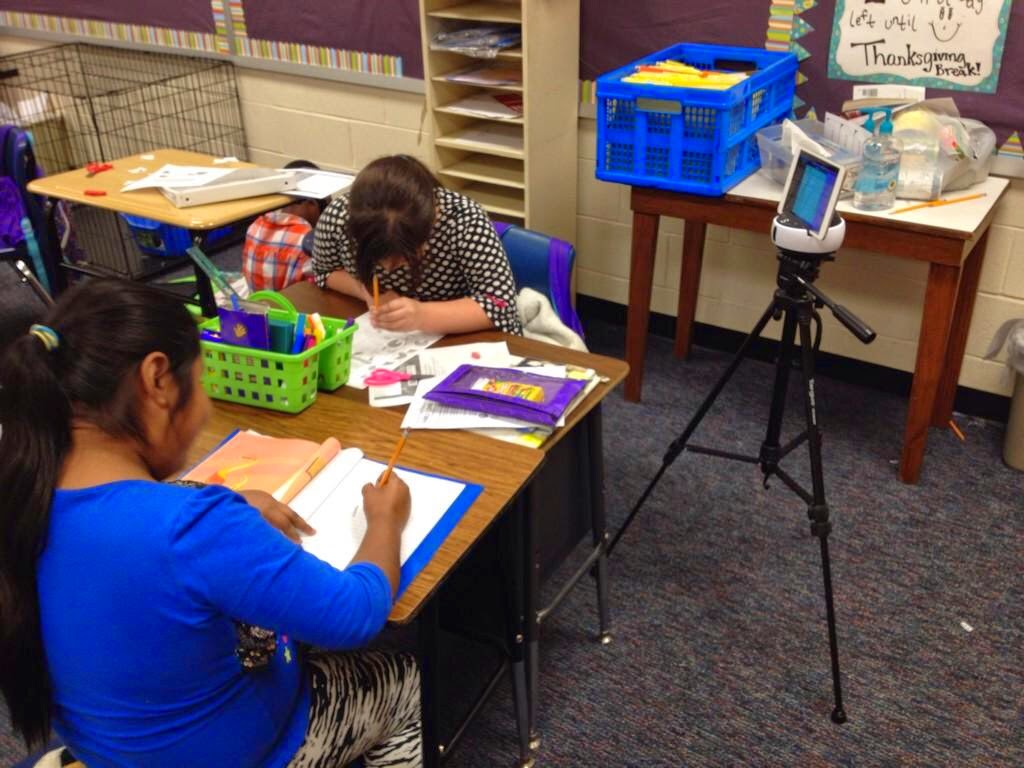 It is incredibly reflective to watch yourself teach, but it's also very difficult because we're so hard on ourselves.  I remember the first time I watched myself teach when I recorded myself a few years ago.  I didn't even realize how many times I said the word "Um" or how I taught primarily to the right side of the room!  What an eye opener! 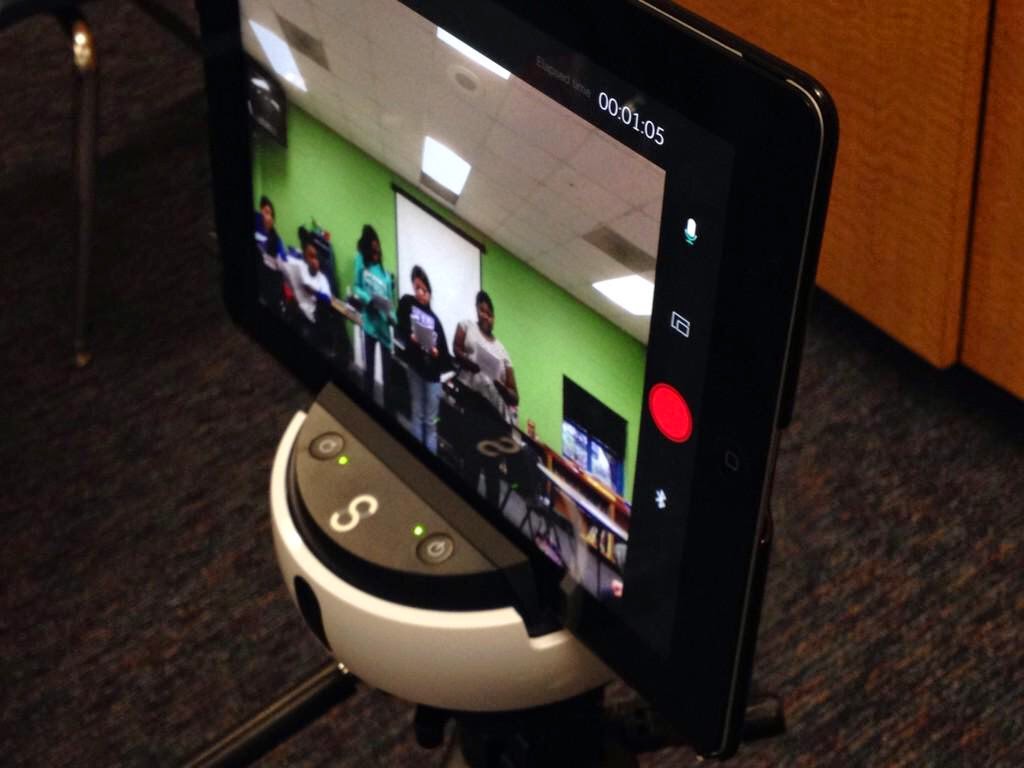 Another teacher also had a great idea of while her students were presenting on their social studies projects they could use the Swivl to record themselves, and it worked awesome! 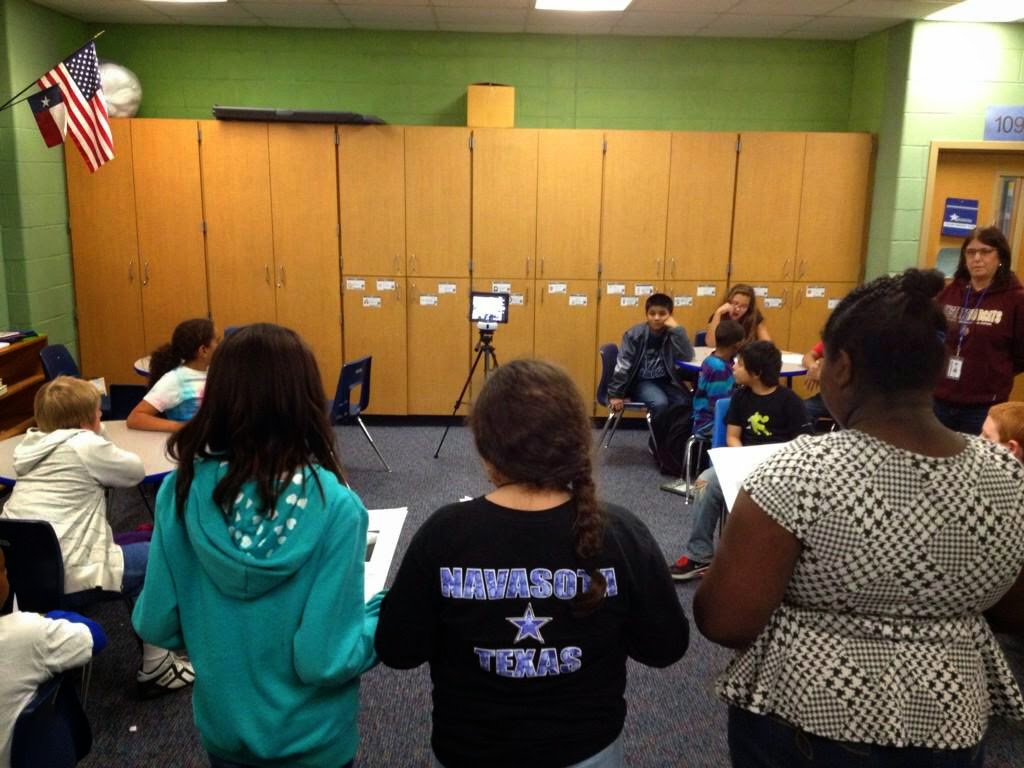 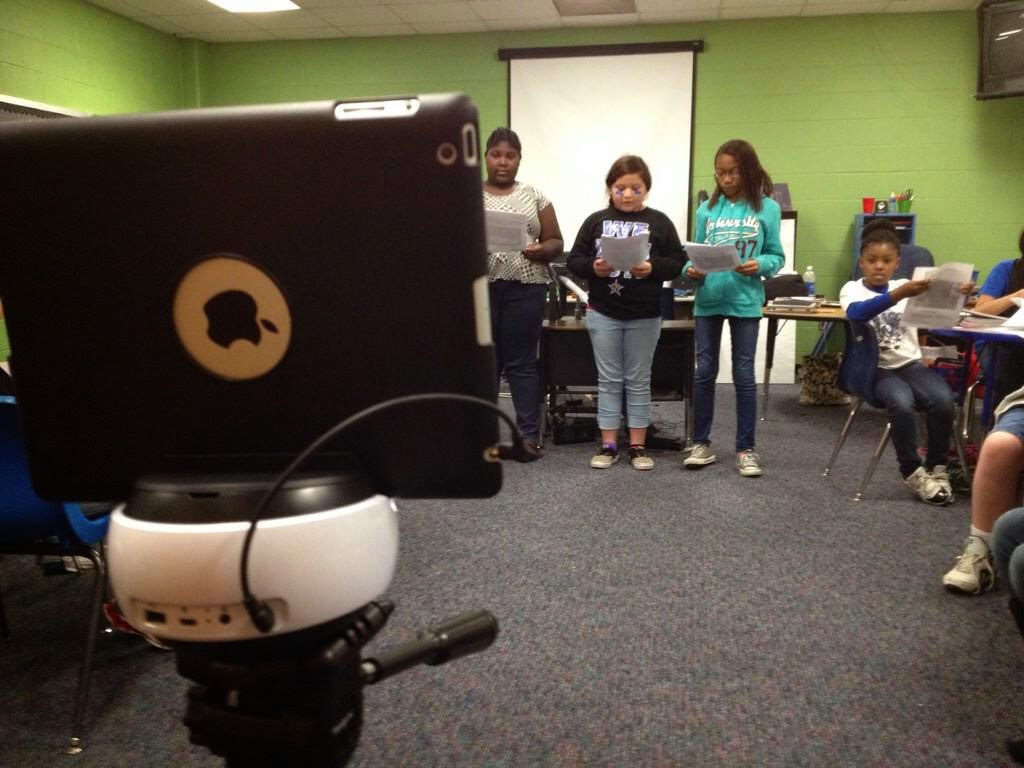 We plan on teachers recording themselves once or twice each month, so they can watch their growth as teachers and continually evaluate what they're doing in class. 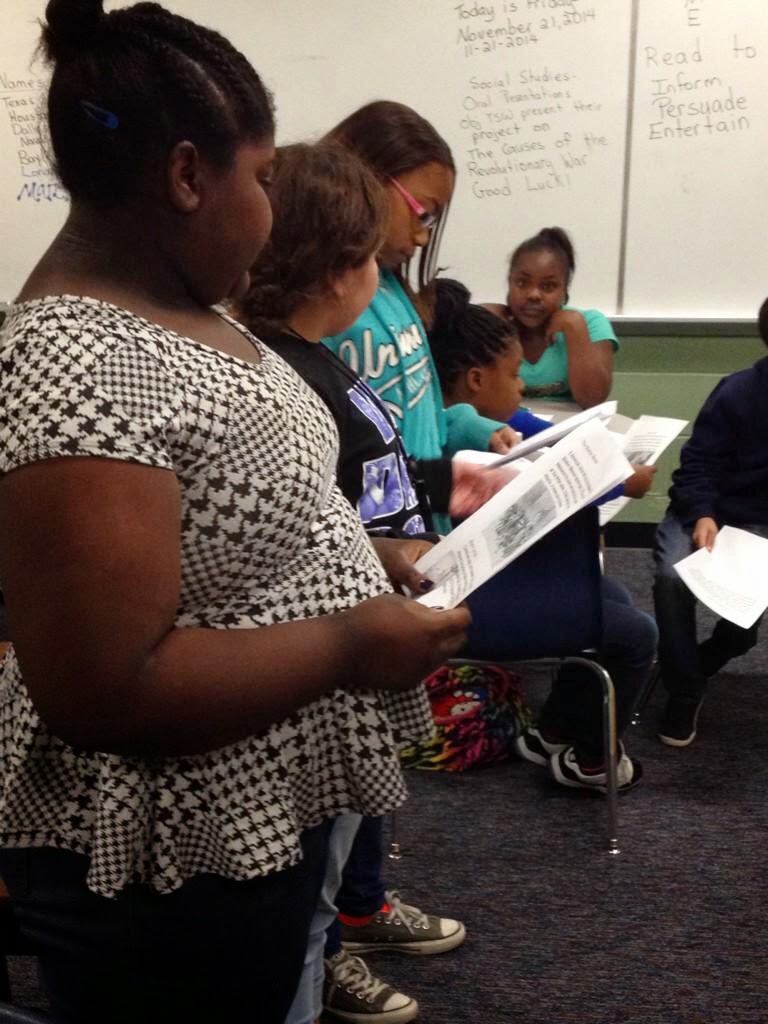 I absolutely love our Swivl and can't wait to continue to think of ways to use it to help our instruction get stronger!
Posted by Todd Nesloney at 7:44 AM 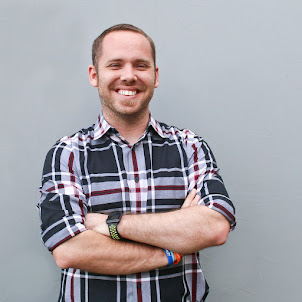